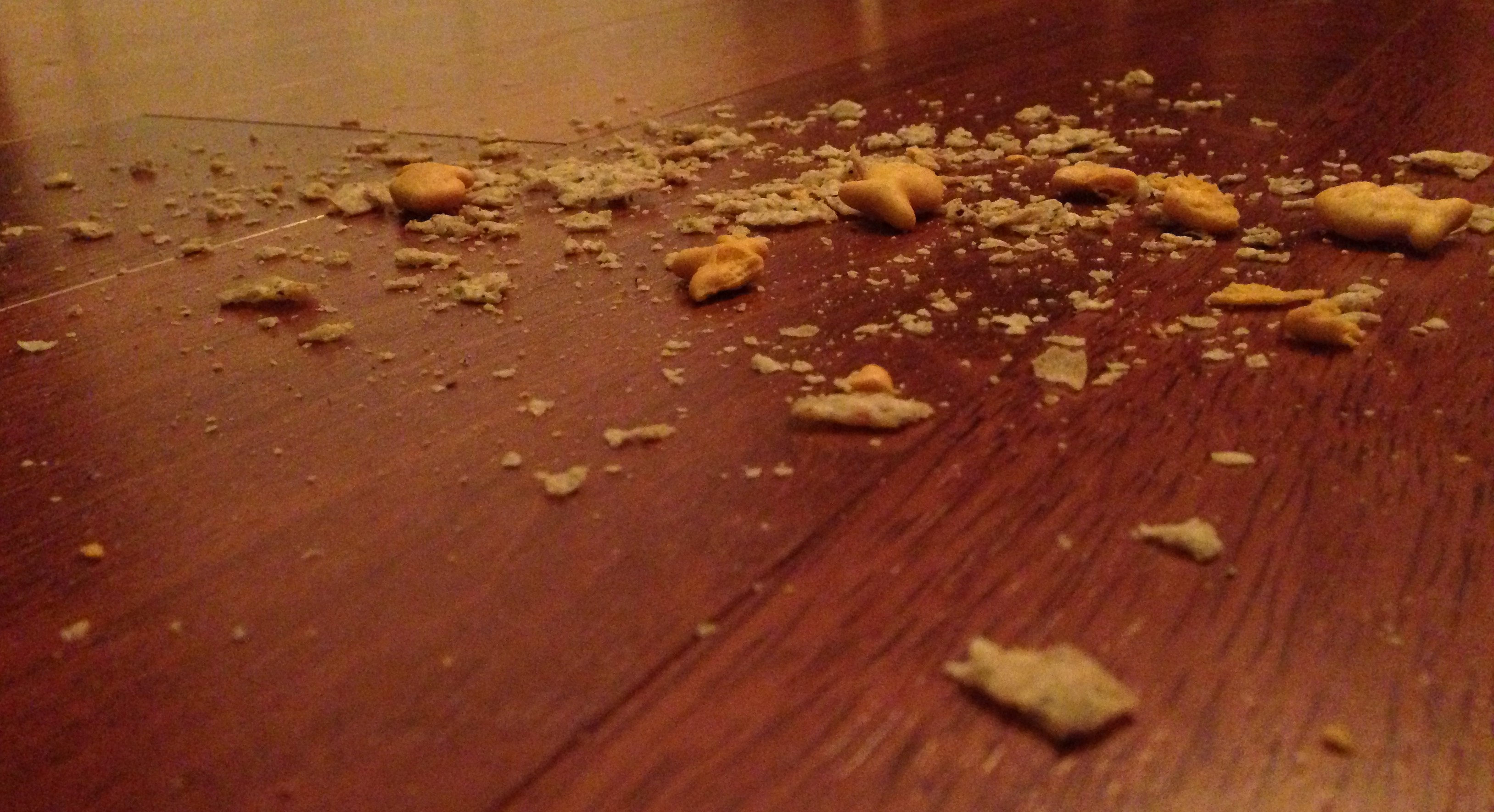 Listen up, folks.  I found her!  You know that perfect mom that every mommy blog describes?  She does more than just keep everyone alive.  She makes art projects and cooks tasty meals.  She plays princess and super hero with both her son and her daughter.  She pins for parties and brings the ideas to life.  She reads to the babies daily, prays with them nightly, and makes sure they get fresh air, free affection, and fun activities always.  She lives in the moment with her little miracles and disconnects from all social media…for days at a time!

Her hair’s a mess, and she loves a pair of yoga pants.  Her house is as clean as it’s going to be, and she has lost her temper, more than once.  She forgets, falls, and flounders for the right words.  She nice.  REALLY nice.  Genuinely nice.  She will laugh, cry, complain, wonder, and resolve to try again right alongside you.  She’s human.  She’s REAL.  And I found her.

We talked.  We played with the kids.  We refereed.  We snacked.  We enjoyed the visit.  I felt SO at ease with her.  The less of my perceived chaos that she was affected by, the less I noticed it too.  We talked about some parenting issues we were each having and some successes too.  And then it happened.  I said something good about the boy.  He’s two and knows the whole alphabet and all the numbers.  I’m pretty proud of him, and I let it slip.  Crap.  Now she was going to think I was one of those moms who brags about her kids.  I cringed after letting the compliments out…expecting the masked scoff and eye roll.  But she cheered for him.  For MY son.  She was so clearly pumped for us that I smiled and actually accepted the heartfelt accolades she gave me.  Later, when I questioned some choices I made, she not only offered her suggestions but also praise for how I was thinking it through.  In the middle of my crazy life, I felt like I was doing it all right…because of another mother.  I know.  If I hadn’t lived it, I wouldn’t believe me either.

Her ease was contagious.  Don’t get me wrong, she had her share of tense moments with her two in tow.  She was just so free of any condescension towards me OR herself.  She would get frustrated and shake it off.  Literally.  It was there on top of the tortilla chips and goldfish crumbled on my floor.  This is parenting.  This is what comes with it: the happiness and the worry, the ups and the downs, the cheering and the crying, the endless choices of what to do with the babes that you brought to life and need to raise into adults.  She wasn’t judging either of us, and her attitude helped me to lighten up and know that everything I was doing was okay because I was doing the best I could.  She was doing the same, living a life of trial and error right along with me.  We just happen to have different trials and errors.

There’s this beautiful woman, real and true and free.  She exists, people!  And probably the most remarkable part of the play date was that at the end, after spending a few hours with this previously unknown creature, as I walked her to the door,  I caught a glimpse of another one of her…in the mirror.  That’s right.  What she’s got is contagious, and I have never been happier to have caught something after a play date.